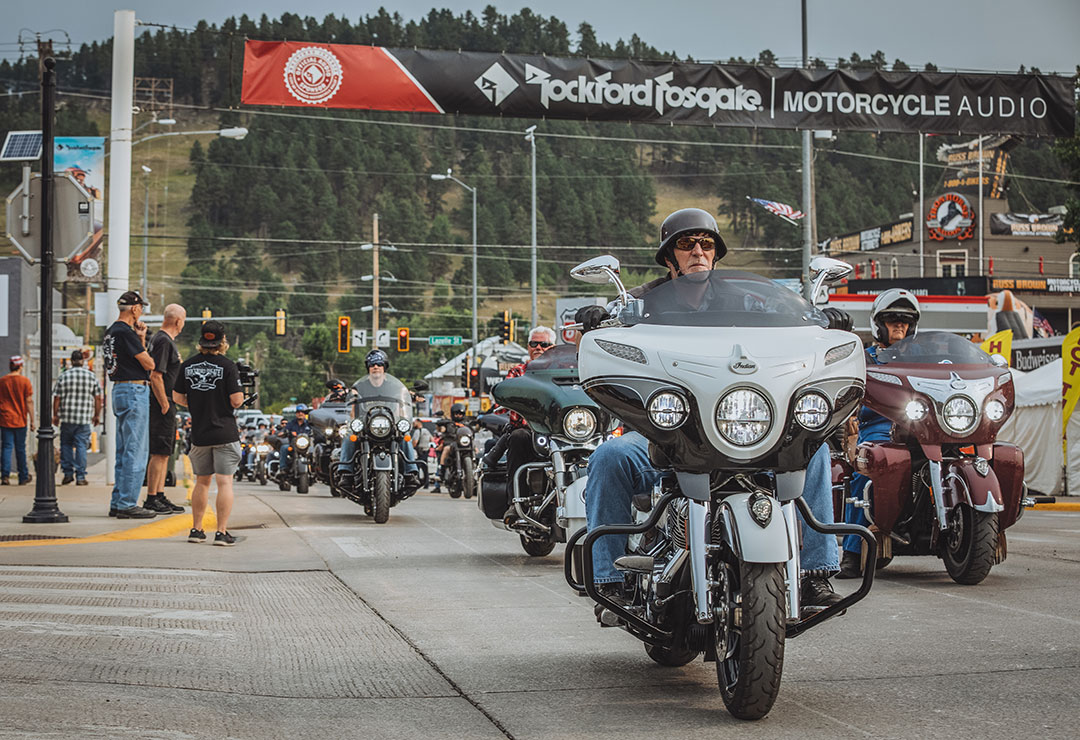 Rockford Fosgate (www.rockfordfosgate.com), the industry leader in high-performance audio, has partnered with the City of Sturgis for the ninth consecutive year as the “Official Motorcycle Audio Sponsor” of the Sturgis® Motorcycle Rally™ being held August 5th – 13th and will also be an official sponsor of the “20th Anniversary Mayor’s Ride,” held during the Motorcycle Rally™.

Rockford’s booth on Lazelle Street will be the central hub of Rockford Fosgate activities during the Rally From 9:00am – 6:00pm daily, Rockford experts will be giving test drives of their latest aftermarket audio systems, purpose built for Harley-Davidson® motorcycles, including the new M5 800-watt kits just announced on July 29th. Aftermarket systems will be available for purchase at the booth and bikers may also schedule installation with a certified technician during the Rally. Visitors who would like to learn more about "Harley-Davidson® Audio Powered by Rockford Fosgate" can talk with Rockford staff and experience motorcycles factory equipped with these powerful systems.

On Tuesday, August 9th, Rockford Fosgate will present the All-Out Bagger Show from 11:00am – 4:00pm in the Harley-Davidson’s® Outlaw Square, Deadwood, South Dakota. Our host for the event will again be Jeff G. Holt, editorial director of V-Twin Visionary©. Those registering for the event will compete for top awards as well as a cash REWARD of $1000. Registration for the show is on-site in Deadwood at Harley-Davidson’s® Outlaw Square beginning at 11:00am on Tuesday, August 9th

Rockford Fosgate team members will also be on-hand at Black Hills Harley-Davidson® through August 13th (8am – 6pm daily) where bikers can also purchase Rockford Fosgate audio systems and have them installed on-site.

Click here for information on the Mayor’s Ride and Click here for details on Rockford’s sponsorship of the Rally™. For more about Rockford Fosgate rockfordfosgate.com.