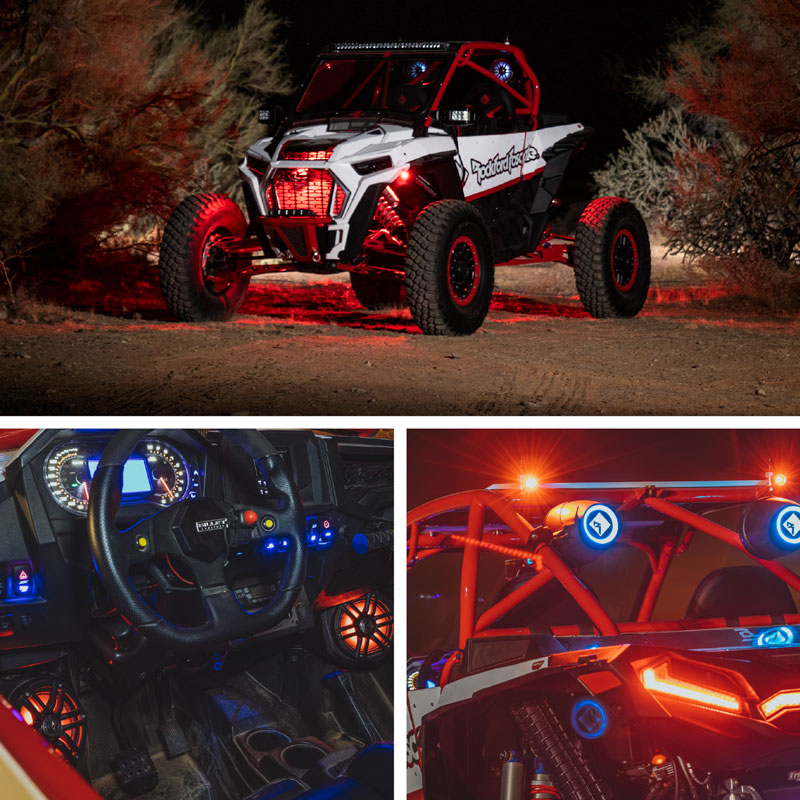 Rockford Fosgate the industry leader in high-performance audio systems, is excited to announce that select models of new motorsports audio kits designed for 2014+ Polaris RZR® and 2017+ Can-am Maverick® X3 vehicles began shipping this week. The complete line of kits, some of which feature RGB LED Color Optix™ lighting, is expected to ship by May 15th at MSRP ranging from $749.99 to $4389.99.

Designed to stand up to water, dirt, mud, and UV rays, these kits are Element Ready™ for the off-road environment. These are the first kits to include Rockford’s new IPX6 rated M5 amplifiers that are pre-tuned for the system, so no settings or adjustments are needed. They also include Bluetooth® connectivity, AUX and USB inputs to charge your smartphone out on the trail, as well as options for either one or two subwoofers and up to an 8-inch speaker in the rear enclosure location.

For more information or to find a retail store, please visit RockfordFosgate.com.